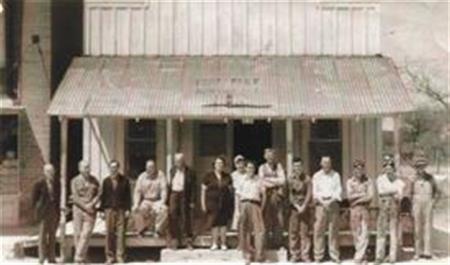 
RED OAK, TEXAS, is located in northern Ellis County on Interstate Highway 35, twenty miles south of Dallas. In 1844, Colonel James E. Patton and his family settled on Red Oak Creek. Red Oak was named for Red Oak Creek and for the plentiful supply of Red Oak trees along its banks. On July 25, 1847, James E. Patton also founded the Shiloh congregation of the Cumberland Presbyterian Church which was the first church in the area.

The first store in Red Oak was constructed circa 1852, the store also served as the post office. In 1890, the Missouri-Kansas-Texas Rail Road (M-K-T, or Katy) was completed; it was located approximately one mile to the northwest of Red Oak. In 1909, and once again 1919, fires caused extensive damage first to the southern and later to the northern part of town. In 1949, Red Oak was legally incorporated as a city under the Texas Local Government Code.