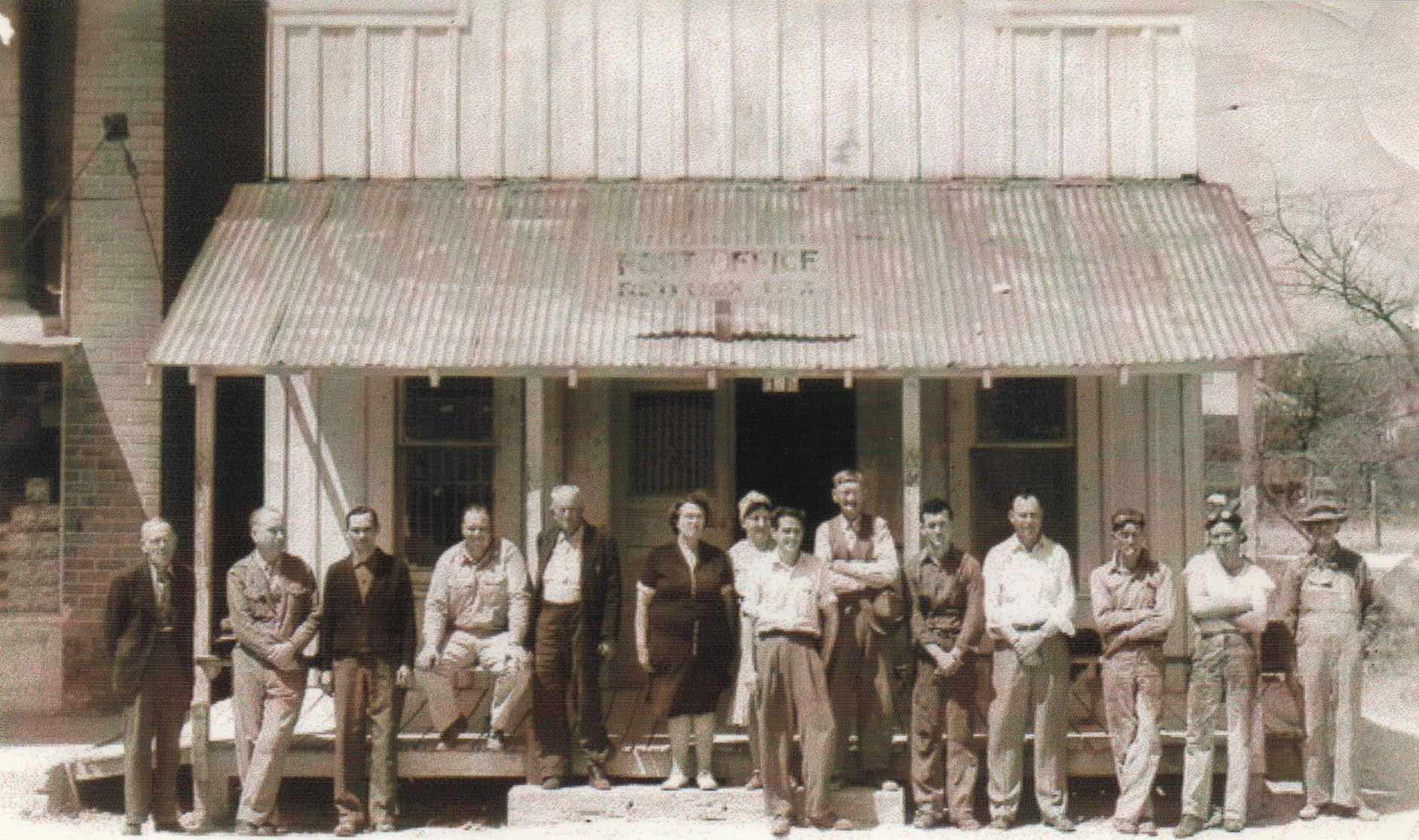 In 1844, settlers began to trickle into this area and a settlement began along Red Oak Creek near the present site of Ovilla. One of the first to settle, Colonel James E. Patton and his family originally settled on the creek below the Billingsley Fort, but in 1845, relocated to the present site of Red Oak.

Originally named "Possum Trot" because of the abundance of possums in the area, Red Oak was eventually renamed for Red Oak Creek and for the plentiful supply of Red Oak trees along its banks.

James E. Patton is also known for founding the first church in the area, the Shiloh congregation of the Cumberland Presbyterian Church, on July 25, 1847. 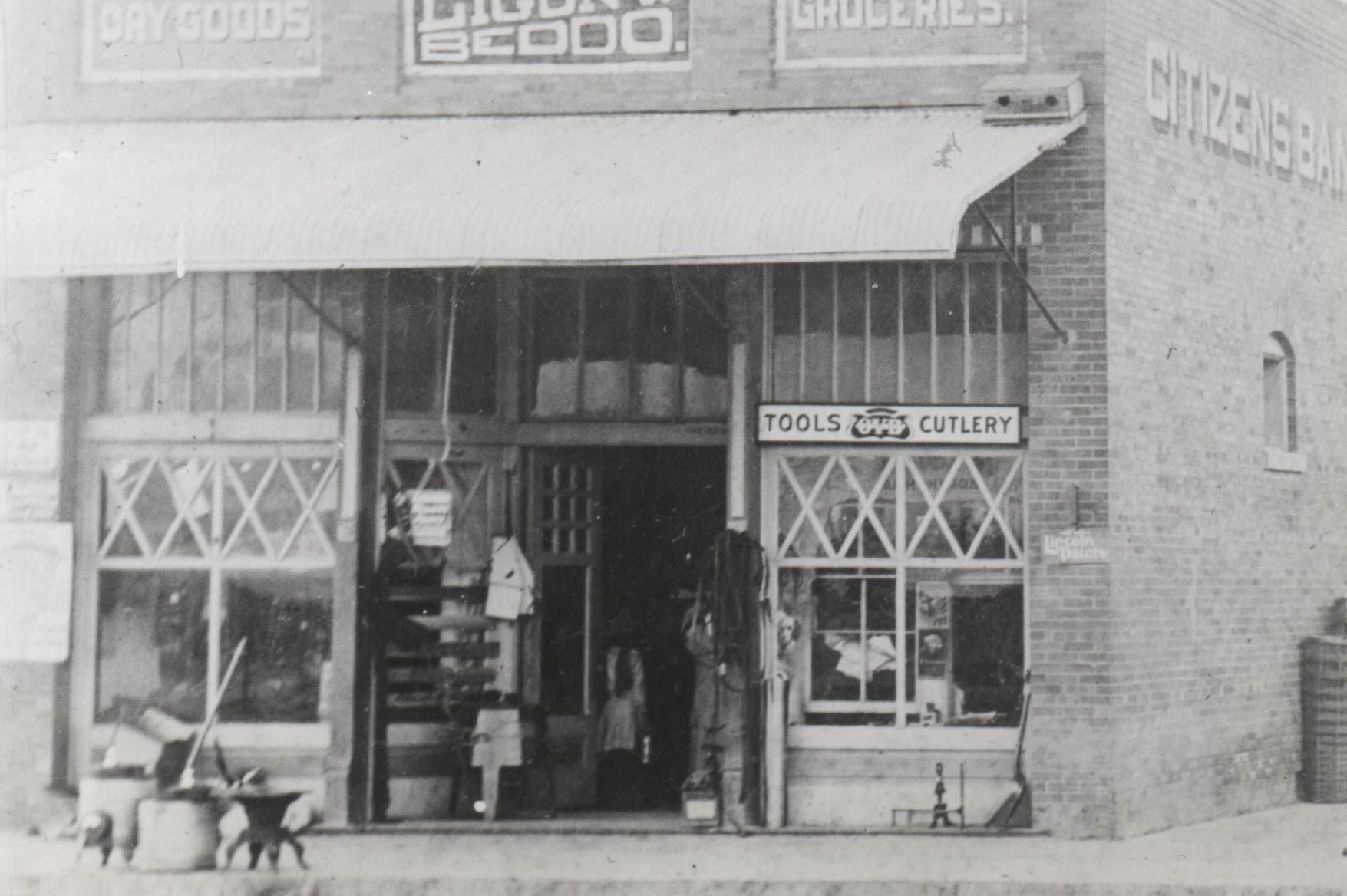 e time that Red Oak was being established, Ellis County was carved from Navarro County to the south. Life in the primitive surroundings was difficult, yet the game was abundant. Buffalo, wild turkey, antelope, and fish were abundant. The principal crop, originally wheat, shifted towards cotton in later years.

The first store in Red Oak was constructed by Hugh Caldwell and I.P. Jeffers around 1852. Once completed, the post office was moved to the store, and mail service improved to weekly service rather than the six-week service of earlier days. Additional stores, a schoolhouse, stagecoach way station, and the bank came to Red Oak in the years following.

In 1884 the Missouri-Kansas-Texas Railroad 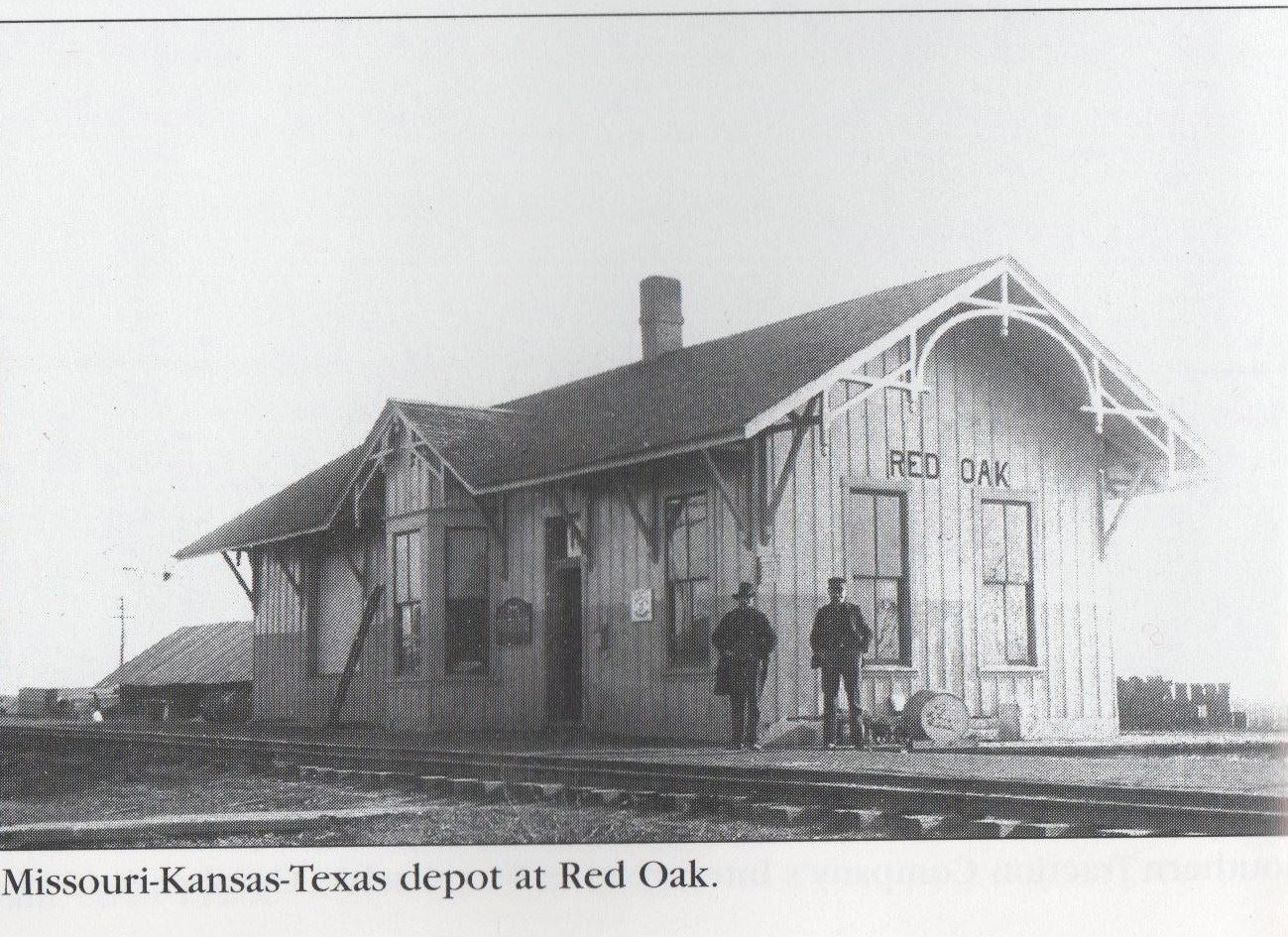 reached Red Oak, Tx. The townspeople did not want the trains to disturb the tranquility of the community, so the track passed by a mile northeast. Completed in 1890, the line connected Red Oak with Dallas and Waco. The residents became attracted to the railroad because of its convenience, and in 1893, the town moved to center around the newly constructed tracks

Today, Red Oak continues to grow, home to over 14,000 residents and an impressive portfolio of industries, businesses, and higher education, multiple banking and finance institutions, and a wide range of retailers and restaurants. Red Oak Creek, just south of town still flows through thickets of oak trees and yes, an occasional possum can be observed trotting down the old winding lanes which lead back to yesteryear.

Red Oak, Building Our Future From Our Heritage!